For an adult child of sick parents, the pandemic is a crippling paradox

How to get rid of cellulite fast 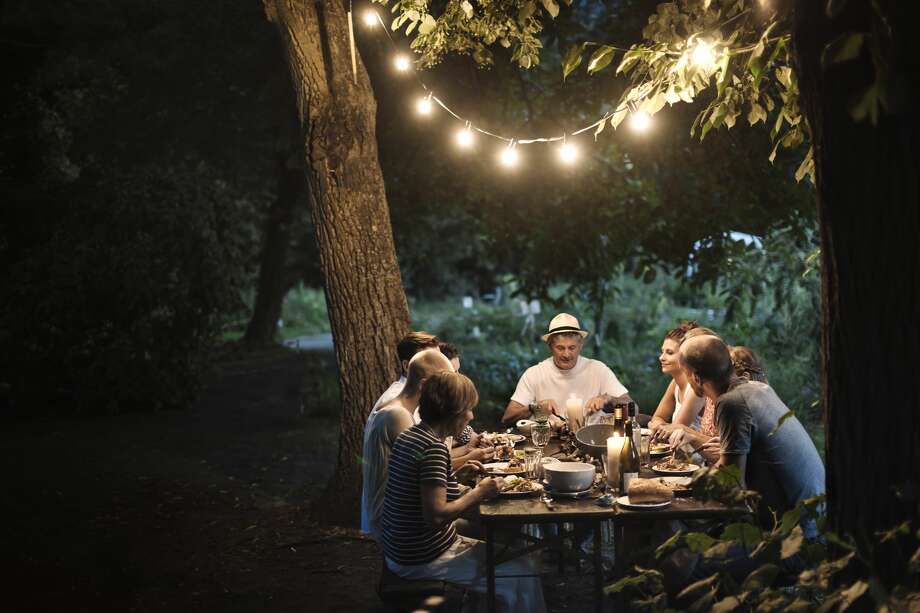 When older family members get sick, how do you enjoy the remaining ‘Good Years’ during a pandemic?

When older family members get sick, how do you enjoy the remaining…

Last summer I attended a party at my parents’ house in the East Bay. It was one of those casually sun-dappled affairs full of laughter and hugging that today feel like relics of a distant, more curious past, like the Roman custom of socializing in communal toilets.

There were moms linking forearms in circles of gossip, dads chortling over a grill. Tom Petty spritzed the air. Before dinner, my dad and I stole away to smoke a joint. I remember thinking, as we returned to the deck, light jeweling off the photos my mom had hung from the walls, that all this was really quite nice, an experience I might one day be grateful to have had.

That’s when I heard my mom call my name from the kitchen. I figured she needed help carrying a cooler or rearranging chairs — oxen tasks for which I was often enlisted — but instead she handed me a plastic water bottle and asked, “Can you open this for me?”

I regarded her wearily. My mom is a former multi-sport athlete. After high school she drove across the country — alone — to teach jazz aerobics in an all-women’s prison. Later, she founded a nonprofit dedicated to sufferers of colon cancer. She rides her bike up and down Mt. Diablo everyday. She’d never asked for help opening plastic water bottles.

When I brought this up, she assured me she was fine, hand just hurts, no big deal. But a few weeks later she was diagnosed with rheumatoid arthritis (RA), a progressive disease that arrests your joints and gnarls your hands into unusable little birds’ feet. The prognosis, detailed to me over the phone by my dad, who for his part has glaucoma, was clear. This would kill my mom one day, and in the process, it would rob her — and us! — of a not-insignificant number of what he called “Good Years,” experiences we would’ve otherwise been grateful to have.

News that one of your parents has been diagnosed with something incurable—if not immediately life-threatening—is the kind of news that changes a person, especially if you’ve become best friends with your parents, and even more especially if you’ve grown up privileged enough to assume that pain and misfortune are evils that only befall other people.

For obvious reasons, this news can be valuable. It punctures your delusions and corrects your misperception of the nature of time, making stark the fact that time is not just a concept, but a finite resource. The present is precious because it’s precarious. You can only really begin to appreciate it — to make the most of however many “Good Years” you and your people have left — when you internalize that fact.

Generally, humans start this work of consciously appreciating the present in two ways. First, by committing to spending more time with the people you love. In the case of my parents and me, because neither of my parents can drive — they are like a pair of senescent indoor cats, perched peacefully beside each other on the same dimpled couch cushion — that meant driving up from my apartment in Oakland to hang out with them more regularly.

But one is not content to merely “hang” under such urgent circumstances. And so in addition to sort of feverishly committing to enjoying each other’s company— asking several times per hour, “Isn’t this nice? This is nice, right?” — we also planned more lavish experiences.

We made lists of coastal towns to visit. We planned a trip to New Orleans. This planning we found existentially comforting, as if the confirmation emails and calendar reminders were proof that we making the most of the present, precious as it is.

Then came the pandemic, and with it the obliteration of our plans. My mom’s RA compromises her immune system, and the drugs she takes   make it worse, and so we knew from the jump that we’d have to take social distancing guidelines perhaps unusually seriously. We managed stoically, for a while, sort of, back when we were innocent enough to believe the pandemic was something we could just wait out, like a bad storm.

We let my brother’s birthday pass without ceremony. Then, more painfully, Mother’s Day. Eventually we allowed ourselves a few carefully distanced masked picnics in my parents’ backyard, but tinged as these gatherings are with nervousness, and risk, and a kind of gloom, it was hard to see them as much more than stop-gap measures.

Then it became clear that the storm was here to stay . As I write this, California is moving forward with “Lockdown 2.0,” and the Director General of the WHO insists that there will be “no return to the old normal” for the foreseeable future. It will remain nerve-wracking to see each other for probably the next 9–12 months, if not longer.

And that’s when I began to lose it. Panic settled in. Wasted weekends took on the feel of crops lost to drought. My mom today has trouble uncapping her toothpaste. Though she’s not in mortal danger, I can’t shake the sense that our time — our present! — is running out. On lost time I obsessively dwell. What will the implications of all it be? Hell, what will happen in the meantime? Joyce Carol Oates once asked, “What is a family, after all, except memories?” Without the ability to make new memories, will we just drift soundlessly apart, like boats untied from the dock at night?

I’m also full of rage. My favorite face masks to see on the street remain the ones that say, in no-bullshit block letters, THIS WAS PREVENTABLE — because it was. The block letters also capture well the tone of many of my thoughts on any given day.

And so this is the predicament that we find ourselves in: a purgatory of tempestuousness. What’s the way out? Unclear. For a while, I’ve just assumed there isn’t one.

Recently, though, I got a call from my mom, and it lent some perspective. Apropos of my apparently observable bleakness,  she told me the story of a conversation she’d had with a patient she works with through her nonprofit. He’s 30-years-old and he’s dying. Colon cancer, stage 4. He and his wife feel heartbroken and afraid and angry, but they’re not quitting.

Her point, of course, was that there are people worse off than us. That includes those who’ve actually lost loved ones during this pandemic and were deprived of a goodbye, as well as the people for whom even masked family picnics are impossible, because they’re front line workers.

As always, we’re not as helpless as we think. We have agency. We can either allow ourselves to wilt under the pandemic’s genuine compromising weight, and become sad, pathetic, indolent, or we can be persistent, and get creative, and refuse to be compromised, and make the most of the hand we’ve been dealt.

We can also endeavor to learn something from this experience. The pandemic is showing us that what’s really essential to relationships are not lavish trips, but each other’s presence. The instances of easy and unengineered togetherness. The slices of time we spontaneously steal. These aren’t just niceties, things we may one day be grateful for, they’re the things we should treasure most.

In a piece about his own sick mom, the essayist Tim Kreider put it this way: “We’re all so eager, both in life and in art, to get past this bulls— to the next Good Part up ahead. Believe it or not… this bulls— is the good part.”

This, at any rate, feels like a good thing to try and take to heart, a potential half-solution to our curious problem. If we manage it — if in a year’s time we’re smoking joints with our dads again  — even if we’re angry about the time we lost, maybe we’ll be more grateful for the time we still get.

Dan Moore is a freelance writer in the Bay Area

How to get rid of cellulite fast

In Wake of Recent Victories, Standing Rock Activists Carry On With Renewed Hope

What causes type 2 diabetes? Know the major risk factors and how to prevent it

From Mormon To Marijuana: Thanking God For My Weed

How Long Does Nicotine Stay in Your System?

‘Use of War Metaphors For COVID Divides People, Spreads Fear’