by clawson44
in SMOKING EFFECTS
0

25 Disturbing Chemicals in Cigarettes – And Where Else They Are Found

A great article on the effects of Nicotine itself, and the nature of its addictive properties. I found it useful to understand the chemical component of addiction to aid me in resisting cravings. 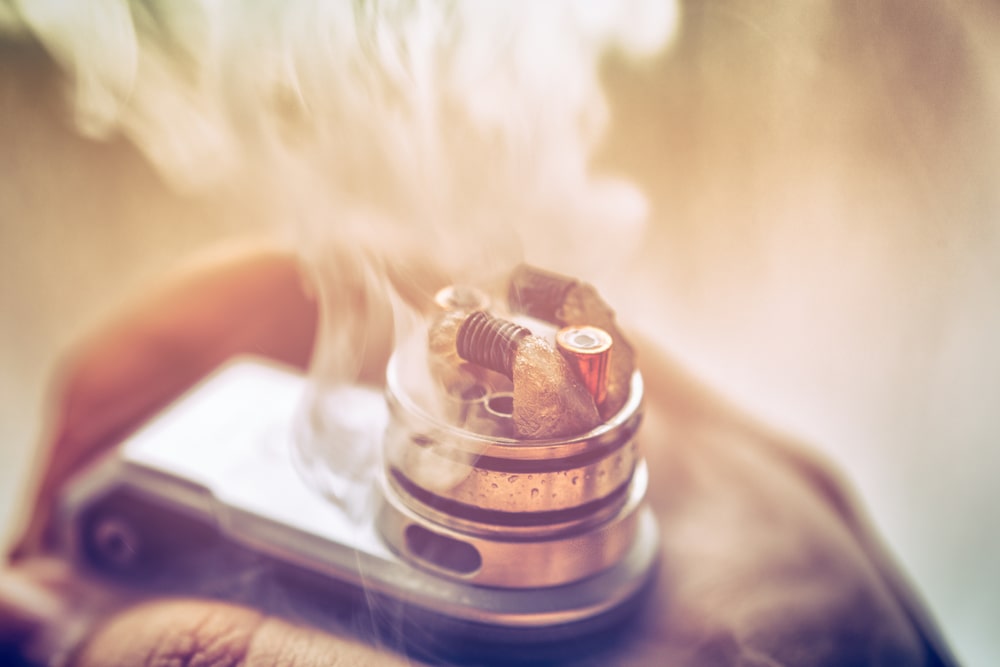 Many vapers enjoy using devices that give them the most control over the unit’s performance. Included in this is temperature control. While some vapes come programmed with pre-set temperatures, some give users the ability to pick an exact degree from a wide range. This allows the vaper to customize their vaping experience to their liking.

E-liquid, commonly referred to as vape juice, is a popular medium amongst vapers. E-liquids are usually vaporized with e-cigs, mods, and vape tanks. Sometimes these units allow vapers to select an exact temperature. Other times, users can only choose from a few different pre-determined range settings, or they don’t get to choose a warmth at all. Many box mods and e-cigs have a temperature control feature, but more often than not, they are controlled via the wattage.

A wattage is a unit of power being supplied to the coils. The heat increases over time when the wattage is applied. Higher wattage settings will cause the set temperature to increase faster. As the inside heats faster, the vapor increase, this is how e-liquid and other mediums get vaporized. The faster or slower juice is turned to vapor, the different it will taste.

The standard range for vaporizing juice is 212º-482 °F (100-250 °C). That being said, the lower part of this range (212 °F to 300 °F) should probably be avoided. Vaporizing at such a low level will produce weak, tasteless vapor. The best place to start is 300 degrees Fahrenheit, which is still a relatively low temperature for vaping e-liquids. Towards the middle of this range is 390º to 420º. 420 degrees will provide a cool, yet substantial hit. The vapor consistency will feel thin and refreshing and will be smoother on newer vape lungs.

Low to medium levels will unlock the optimum flavor. If that isn’t enough heat though, try a temperature from the higher range. Temperatures ranging from 420 degrees to 450 degrees usually provide hits that are substantial but not too warm. Above 450 °F, e-juice is going to lose the majority of its flavor, and potentially even taste burnt. With a low-quality device, those high temperatures will likely cause a lot of coughing too.

Whether it is with a small electronic vape pen or a full-fledged e-rig, certain warmth levels will have the same effects on concentrates like wax, hash, and shatter. Most vaporizers intended for use with wax will have a range that starts around 315 °F. This is because wax won’t vaporize until it approaches about 315 degrees.

A good range for vaping concentrates is generally 315 to 450 degrees Fahrenheit. The exact degree a vaper chooses from this range varies based on preference. The middle of the range will provide the best flavor and consistency. Lower settings will be less powerful but potentially more refreshing, and higher temperatures will feel more intense.

Controlling the degree of the nail with a traditional dab rig is rather difficult, and this often results in people burning their wax as opposed to vaporizing it. In accidentally doing so though, a lot of the psychoactive compounds in wax are destroyed. The wax may even release dangerous carcinogens.

People will often vaporize their concentrates at higher temperatures because they are under the assumption that it makes the effects stronger. Realistically, the hits from the top of the range and beyond are less potent and potentially more hazardous.

This is why most portable vaporizers that vaporize wax do so at degrees under 430 Fahrenheit. However, it is a good idea to keep wax vaping under a medium temperature such as 365 degrees Fahrenheit. This will ensure the purest, most flavorful vape session. It will also ensure the highest quality of health during the vaping experience.

370 °F to 380 °F is a medium vaping temperature where many people often find their sweet spot. It provides large, potent hits. However, it is not a wasteful range since it does not vaporize more weed than necessary. Because the vaper is not biting off more than they can chew, vapers are also less likely to cough in this range than they are at higher temperatures. Increasing to 390 °F may be necessary for some though.

This is because a heat of at least 390 °F is required to vaporize CBD and THC. It is only after vapers reach this set temperature can they really optimize the absorption of CBD and THC in the lungs. Towards the end of a session, vapers can increase their temperature a bit. The highest a vaper should finish off is at 428 °F. The user will have been able to extract all possible effects from the CBD and THC in their weed if they start low and work their way up to this heat.

Why Good Vapers Care About Temperature

Knowing the optimum temperature for various mediums is important for three main reasons:

Overall, it is always in a vaper’s best interest to find the optimum temperature for the medium they are vaping. Their health and tastebuds will thank them.

I was a smoker for over 25 years. In this time I also earned my medical degree with a specialization in addiction treatment and counseling. That period has led me to vaping, my interest started around 2011. I’m fighting the tide of hysteria and dis-information around vaping that emanates from various fronts legislative, cultural and scientific. Having scientific councils support, I’m happy to contribute my thoughts, articles, and expertise.

25 Disturbing Chemicals in Cigarettes – And Where Else They Are Found

A great article on the effects of Nicotine itself, and the nature of its addictive properties. I found it useful to understand the chemical component of addiction to aid me in resisting cravings.

What Does Nicotine Do To Your Body?

How to Boost Your Immune System: 16 Tips Smokers Can Do Right Now

It’s been 18 months since I quit smoking! I am thankful every day that I quit. Nicotine is one of the most addictive, terrible drugs on the planet. It takes a long time to get over, but everyone should keep trying. This group was so helpful to me when I first quit. Stay strong everyone! : stopsmoking

Extreme night owls: ‘I can’t tell anyone what time I go to bed’ | Life and style

What Does Nicotine Do To Your Body?

Middle-aged actresses are no longer on TV’s edges